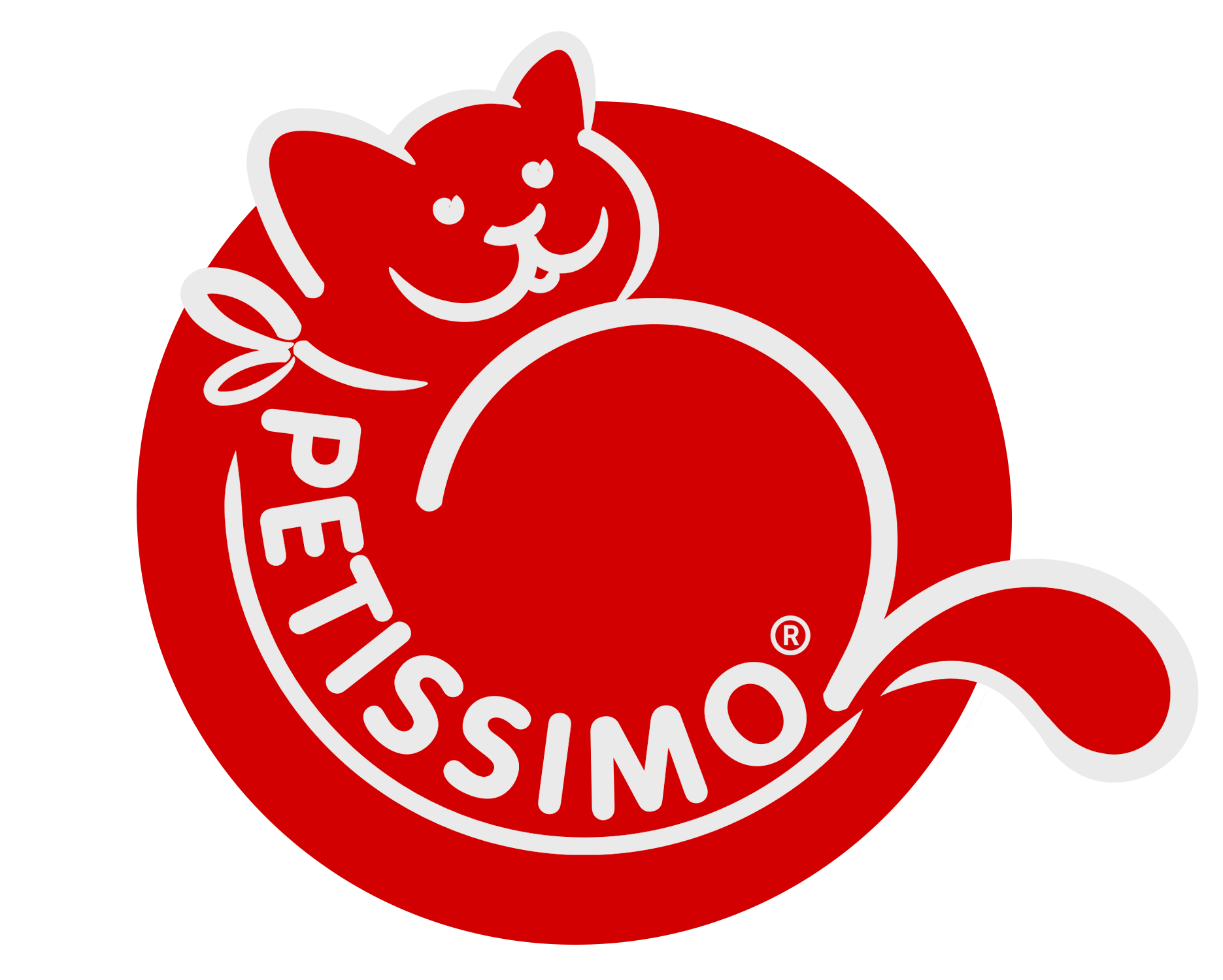 Aquarius - I qualified with a Doctorate in Literature and Arts, from the oldest recognised University in the World (University of Bologna) and now have over 20 years design experience. In 2013 I moved from my home town of Milan (with my two cats!), to live and work in London. I love to look for, take pictures and make images of beautiful things. Pets fit perfectly with my passion for design, the work I produce for Petissimo is a pleasure; creating little pockets of beauty in a world that I adore!!!​

Libra - My profession is as a teacher, which found me moving from the city of Manchester to London in 2010, where I met Sabrina. My love of animals, stems from my family - there are not many pets they have not considered or owned over the years! From pedigree dogs, to moggies, rabbits, fish, even snakes and a trial period with a Marmoset Monkey (which did not go too well)…Petissimo gives me further opportunities to visit some wonderful animals.

Scorpio - I am the premier cuddles cat at Petissimo (I cuddle my dad after he showers and whenever mum and dad need). I take my position under the covers each night and talk a lot, but also cuddle my brothers and sister when they need me (particularly when they’ve got the sunny window bed). The first assistant available for any job! (Can’t understand why they never seem to accept my help!). I used to be the Chief Toy Tester, but another cheeky little Burmese came along…

Aries - Ex youngest and energetic member of Petissimo, I feel it is my duty to show a high degree of curiosity. I will play with ANYTHING AND EVERYTHING! I am fantastic at what I do and also very modest..

Capricorn - A whirlwind of a cat! One day I will calm down, but for now I am happy to play with everything, eat everything and destroy everything.

The Lord Of Sugar

Capricorn - I am so sweet! You will all want to cuddle me all day long. What can I say, I am sweet. Ah, I'm the Mummy's boy!

I was the official Italian Correspondent of Petissimo. When Mum moved to London I retired and I didn't bother anymore...(you could find me in wardrobes and beds away from the others). I was 15th and I had a fantastic life!

I was the boss and chief bed companion of Sabrina. Until Paul decided to join the group (and then I had to share my space). My life with Sabrina was wonderful and I followed her everywhere she decided to go because we loved each other a lot!

Where it all began... 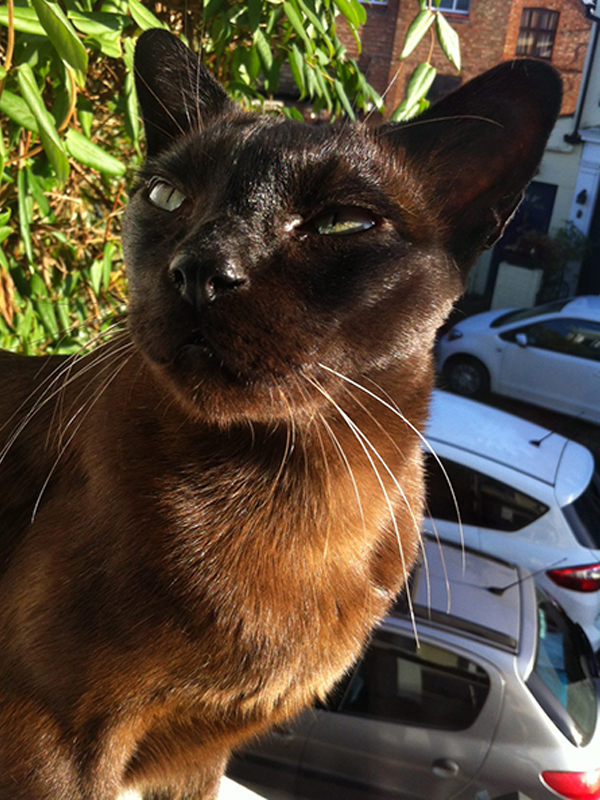 In 1999 I found sweet Miele (Honey) dying on a street, whilst on holiday in Abruzzo and we became an item, until the day she finally passed at the old age of 15.  She was joined in 2002 by Susy, who I rescued from a small shelter, whilst at university in Bologna.

I never thought I’d leave Italy, however in 2013 I finally made the decision to move to England on a new graphic design adventure! The easiest choice seemed to be, that I wanted my work to involve animals.

My first thoughts were how to plan a new life (and journey to the UK) with my two rescue cats and soon I was making a journey through the alps, that we have made several times since, with our kitties. 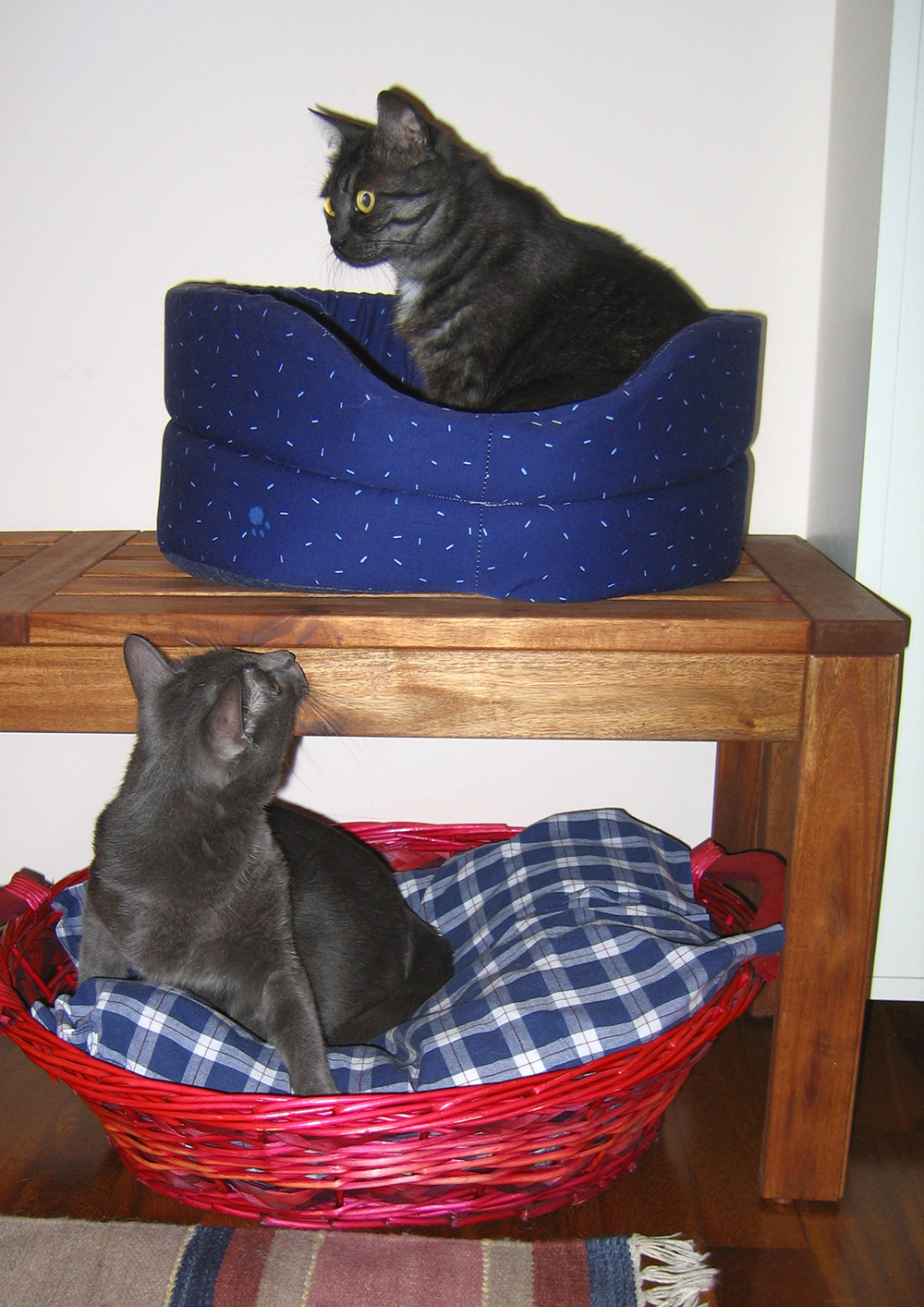 A few months passed since I settled in SW London with my two kitties. New country, new town, new flat!

A VERY different environment, culture and for me, literally a new life! You can imagine the amount of stress and worry, trying to make everything work and as stay positive as I could.

Whilst furnishing our first floor flat (thanks Ikea!), we decided the best place for a desk was near the window and I started my day-to-day life… 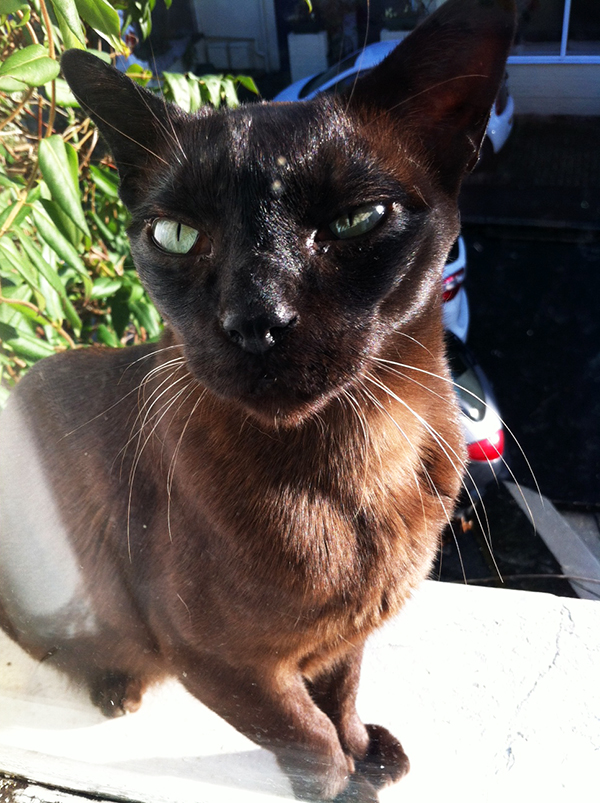 No sooner had we started, before a new friend came into my life with a big surprise, from my neighbour!

Every day for the next two years a gorgeous, cheeky and affectionate Burmese boy would appear at my window (climbing the tree at the front of the building!) to say hello! He would always spend some time with Paul and me.

Welcome Gus! His owner (hi Bruce!) couldn’t believe his cat loved me so much, climbing the wall everyday and asking (no demanding…) a lot of cuddles!

A lovely start to our life here. 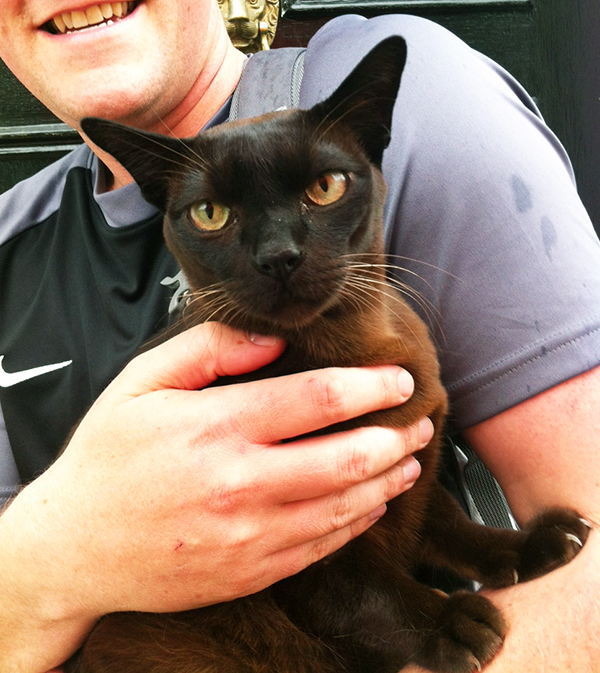 More than anything, we were really impressed by how close he was to me. We started to read more about the breed and everyone who knows Burmese, will understand how sociable they are!

Gus was the king of the street and said hello to everyone, but I really felt we developed a special friendship!

Needless to say, I was very upset when the time arrived, to move to a new place and leave Gus strutting up and down his street. 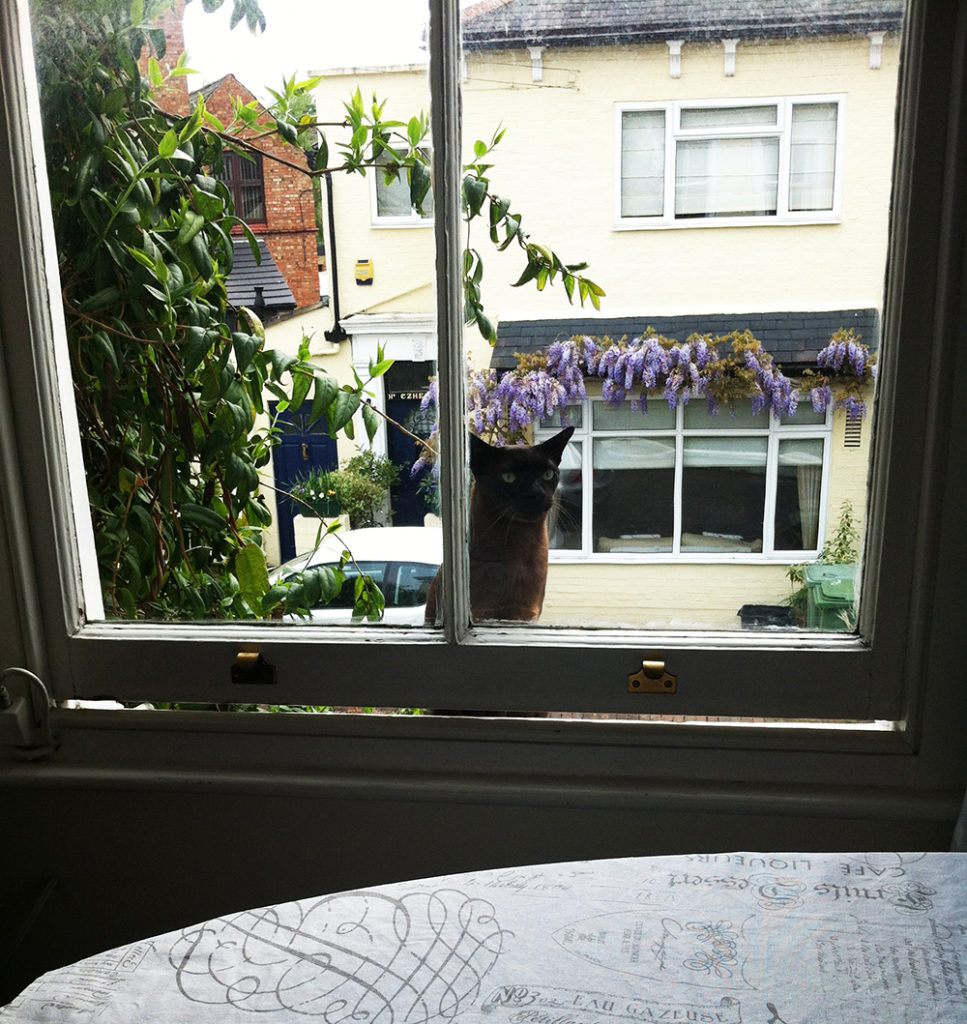 In 2014 I lost one of my beauties, Miele, which meant Susy was now on her own and we wanted to give her some feline company.

Considering I had completely fallen in love with Gus, we decided to adopt a Burmese kitten… Ideally we needed an indoor cat, so all seemed destined to look for a Burmese. We could have spent the rest of our lives visiting Burmese kittens! Enter the stunning chocolate boy Cappuccio (Capu’ to his mates)! 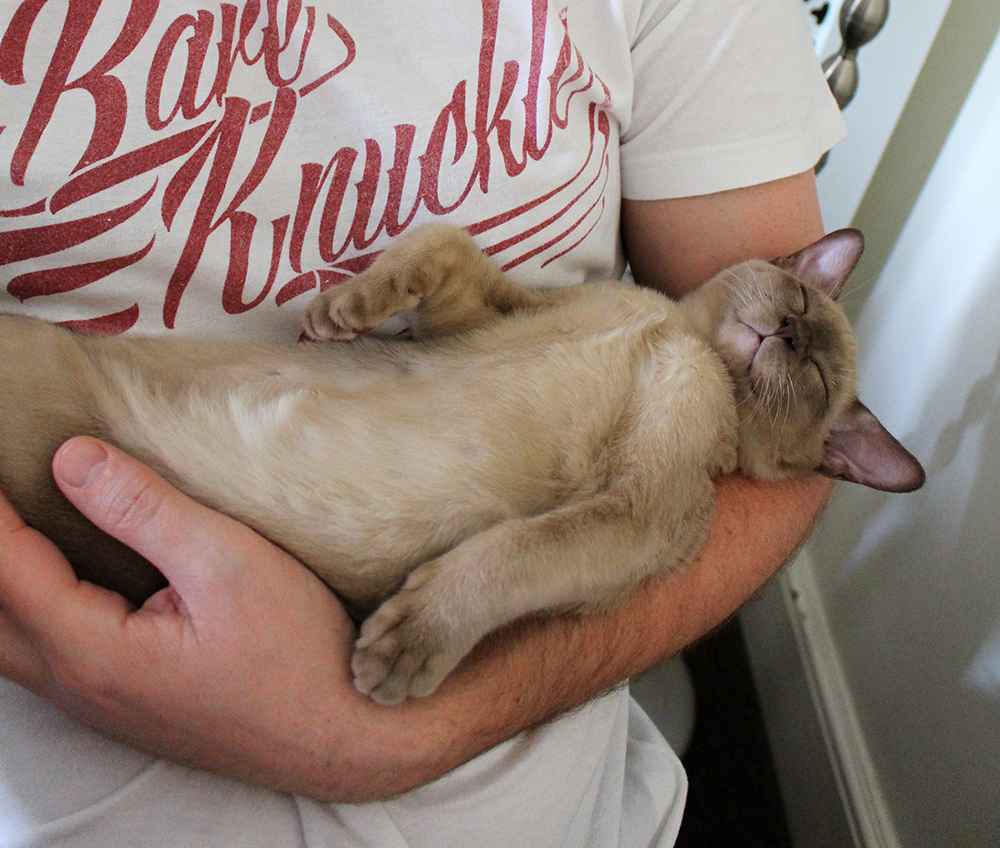 We came to love Burmese so much, that we ended up with a little rainbow of a Burmese crew, adding the beautiful ‘Princess’ Saby and the ‘twins’ Cocco Bello and Mare Blu, to our family.

Maybe in the future, there’s a little room to complete the rainbow?… 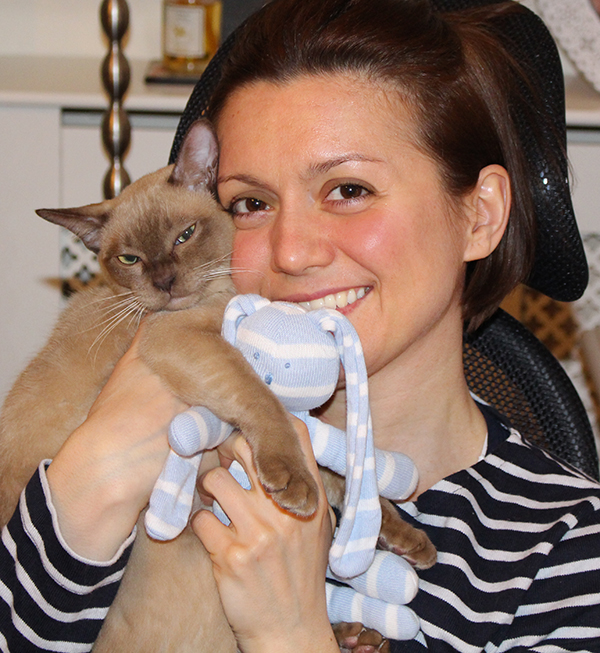 Servants to four #BurmeseCats 🐱 Creating beautiful #Graphics, #Branding & #Advertising for #Pet Businesses too. Get in touch!

At Petissimo more than #graphicdesign and SPA… #

Meanwhile under the coffee table… ☕️🐭😹 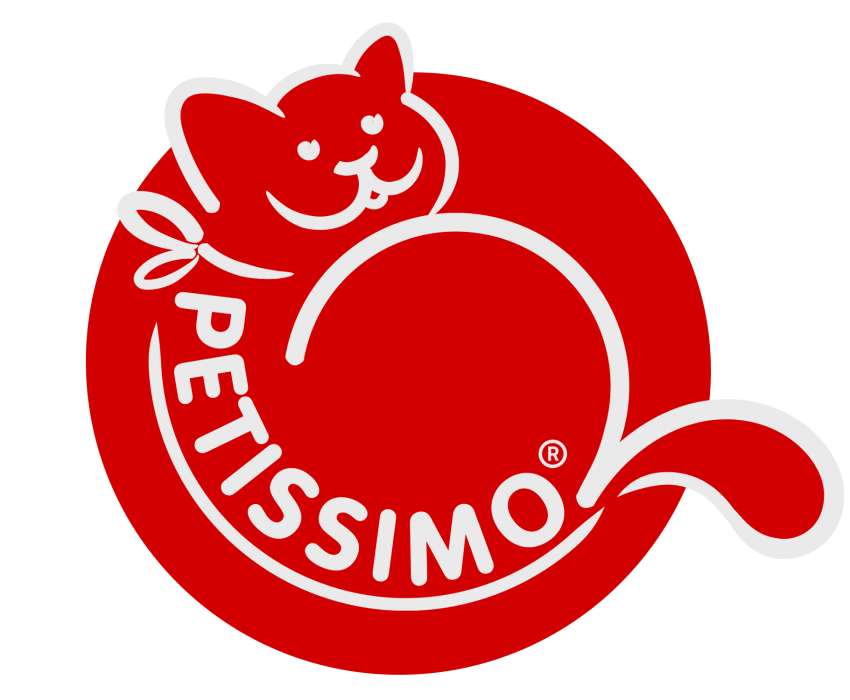 Together We Can Make Something Beautiful!

This website uses cookies to improve your experience while you navigate through the website. Out of these cookies, the cookies that are categorized as necessary are stored on your browser as they are essential for the working of basic functionalities of the website. We also use third-party cookies that help us analyze and understand how you use this website. These cookies will be stored in your browser only with your consent. You also have the option to opt-out of these cookies. But opting out of some of these cookies may have an effect on your browsing experience.
Necessary Always Enabled
Necessary cookies are absolutely essential for the website to function properly. This category only includes cookies that ensures basic functionalities and security features of the website. These cookies do not store any personal information.
Non-necessary
Any cookies that may not be particularly necessary for the website to function and is used specifically to collect user personal data via analytics, ads, other embedded contents are termed as non-necessary cookies. It is mandatory to procure user consent prior to running these cookies on your website.
SAVE & ACCEPT